Limitation: Destruction must be a core gameplay mechanic

The goal for this prototype / release was explosions. The rest of the game is just a vehicle for those explosions. There are elements of a roguelike in the pathing and movement of the main character. This is the first game jam where I created nearly all the pixelart tile pieces used in the game. The art took a day and some change. The rest of the technical implementation was done over 2 days.

Please leave feedback or issues in comments below, or hit me up on Discord. Thank you for playing and I hope you enjoy!

This is now my most-played itch.io game! Very nice, especially on a game jam timeline! I like how the musings to himself act as memory aids for where you've visited.

Glad you enjoyed it!

Reply
The GDWC3 years ago

Really nice game! I liked how you could see all the endings you had already gotten in the game and how many were left. The game itself was very fun to play even though I exploded myself quite a few times :D

I don't know if you've heard of Game Development World Championship before (gdwc2019) but it's a competition for indie game developers where they can submit their games and it's free! It's great if you want some more visibility for the game and it only takes a couple of minutes to join :)

Thanks, glad you enjoyed it! Will look more into GDWC.

Loved the gold chain ending! The gameplay is fun, I want to keep exploring to find new endings. Impressed!

Lol finished it in 1 second literally ^^

Congrats! I hope it wasn't due to a bug! 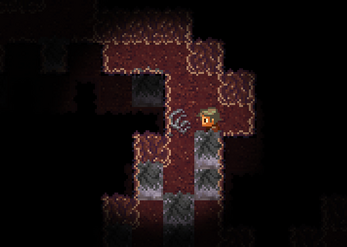 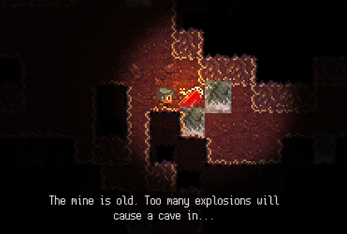